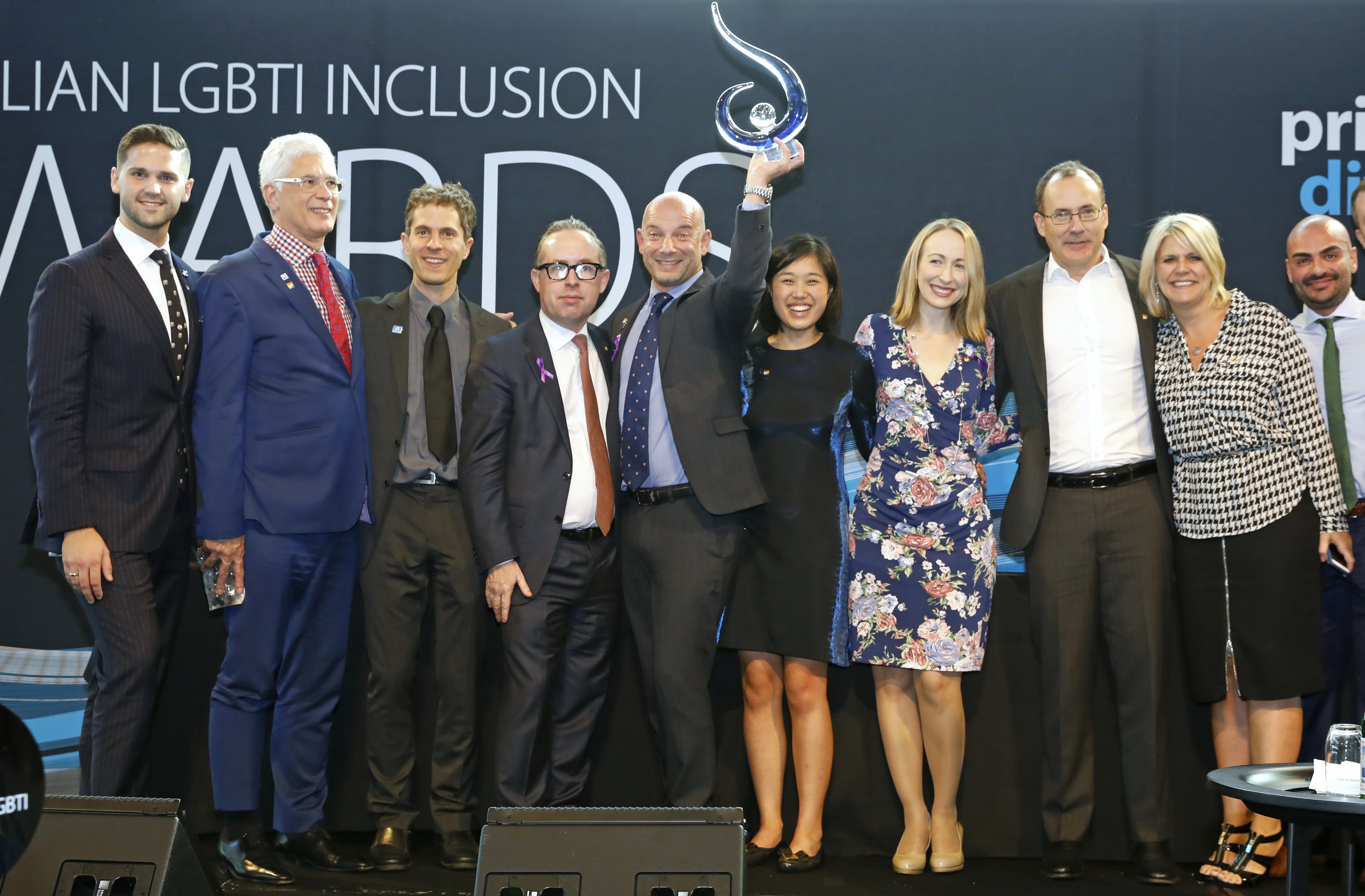 More than 700 business leaders, diversity champions, HR professionals and many more actively working on LGBTI inclusion came together at the Hyatt Regency in Sydney to celebrate the results of Australian Workplace Equality Index (AWEI); a rigorous, evidence-based benchmarking instrument that assesses workplaces in the work and impact of their LGBTI inclusion initiatives.

In 2018, for the first time, there was significant shift in the makeup of top employers. Traditionally dominated by financial and professional services, this year saw representation from various levels of government (Australian Taxation Office and Brisbane City Council), retail (Woolworths), higher education (RMIT University), energy & resources (AGL Energy) and religious organisations (Uniting). For the full list of winners, see table below.

Twelve organisations were awarded Gold Employer status, with an additional four being awarded Platinum for the longevity of their high performance spanning at least four of the last five years (Westpac, LendLease, Accenture, Commonwealth Bank).

This year’s awards were attended by a record number of CEOs and Australian business leaders, including Qantas CEO and Pride In Diversity co-patron, Alan Joyce, and Luke Sayers, CEO of Pricewaterhouse Coopers, who picked up this year’s CEO of the Year Award for his role in LGBTI inclusion.

Director of ACON’s Pride Inclusion Programs (which incorporates Pride in Diversity, Pride in Sport and Pride in Health+Wellbeing) Dawn Hough said: “The AWEI has seen remarkable growth over the first eight years of its life; this year we see the most significant change in the diversity of our top employers and a much higher growth in participation of our small employers which we are delighted about”.

The AWEI saw 135 employers across Australia participate this year (both small and large employer indices), a 16 per cent increase on 2017 participation. The employee survey attached to the index received 23,130 responses, an increase of 38 per cent. Participation by small employers rose by 120 per cent this year with Key Assets, The Children’s Services Provider (Australia) taking out Small Employer of the Year Award.