Home»AWEI»How inclusive are our workplaces of trans and gender diverse employees? 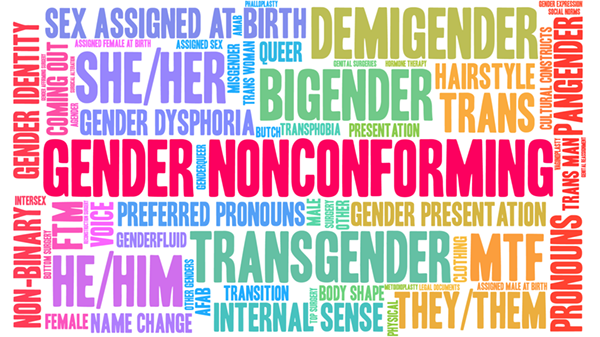 How inclusive are our workplaces of trans and gender diverse employees?

This article seeks to summarise some of the key findings, however further insight can be gained via the Practice Points articles published on 3rd June : http://www.pid-awei.com.au/2020practicepoints/

However in terms of believing that there are more than two genders, only 52.6% agreed. Regardless of this, 78.4% said that they would be comfortable using they/their/them personal pronouns for a non-bineary person at work.

Of all trans & gender diverse respondents, 427 (73.37%) identified as non-heterosexual. When it came to disclosure at work, 38.41% were out to everyone at work in regard to their sexual orientation while only 20.54% strongly agreed that most people they worked with were aware of their gender diversity.

In terms of the inclusivity of their workplace meeting personal expectations, the responses were mixed with 50% or more respondents agreeing that their expectations had been met or exceeded in only one of the areas of inclusion that we presented (visibility of inclusion for TGD (trans and gender diverse) employees).

While meeting expectations is a subjective experience, it can of course impact whether or not someone feels that they can be themselves at work which has numerous implications for productivity, engagement and an individuals overall health and wellbeing.

In terms of experience of inclusivity, alarmingly over 25% of respondents did not feel that they could use gendered toilets of choice without opposition and over 15% did not feel that people made an effort to use their personal pronouns. Just over 43% stated that they had been deliberately mis gendered within the last year.

63.7% of trans and gender diverse employees felt mentally well at work. 70.6% felt engaged with the organisation while 46% reported that inclusion initiatives have had a positive impact on how they themselves feel about their gender identity.

13% of respondents reported being personally targeted with unwanted jokes/commentary in regard to their gender diversity, 7% experiencing more serious bullying. The majority (albeit only 60.3%) felt safe and supported reporting continual unwelcome jokes/innuendo to their manager although alarmingly, this number dropped to 58.9% when asked if they would feel safe and supported reporting more serious bullying/harassment.

In closing, while workplaces are actively doing more to support the inclusion of trans and gender diverse people, and more people are affirming their gender at work there is still considerable work to be done. On the surface it appears that there is significant support for LGBTQ inclusion and the overwhelming majority of non-LGBTQ people are supportive of those affirming their gender at work and feel that trans and gender diverse employees would be welcome and treated no differently within their team. Even when beliefs around gender differ, the majority of people are comfortable using less common personal pronouns (their/they/them) for colleagues.

Despite this, it is still unacceptable that only 47.4% of trans and gender diverse people feel safe and included within their immediate team and only 63.9% feel mentally well at work.

In addition, there is still a significant amount of work to be done around inclusive recruitment practices, in particular for our trans and gender diverse colleagues. An area that Pride in Diversity is committed to exploring further.