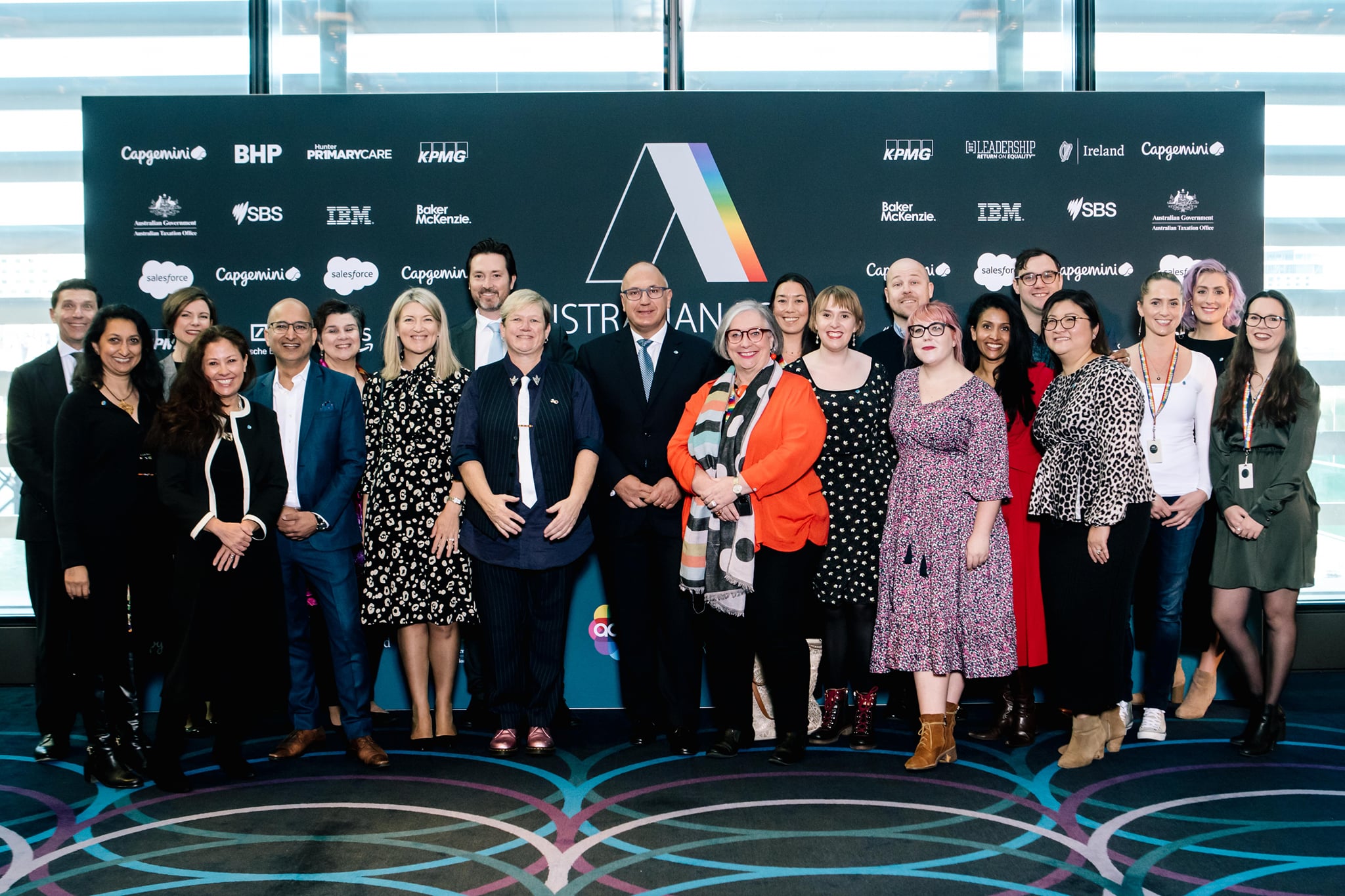 Other top honours went organisations including Dentons, Deutsche Bank, IBM, Woolworths, Coles, the University of NSW and Deloitte, who all received high tiered ranking for LGBTQ inclusion. The ABC was named ‘Most Improved’ and also took out the ‘External Media Campaign’ award. (NB: Full list of award recipients and finalists below.)

The awards are based on the results of the Australian Workplace Equality Index (AWEI) – which is now in its eleventh year – and the third Health + Wellbeing Equality Index (HWEI). The AWEI and HWEI are rigorous and evidence-based benchmarking tools that annually assesses workplaces in the progress and impact of LGBTQ inclusion initiatives.

By participating in the AWEI and accompanying employee survey, employers are able to benchmark their practice against other organisations and obtain annual data on the impact initiatives are having on their employees.

Dawn Emsen-Hough, Director of ACON’s Pride Inclusion Programs, said she was proud to see the indices continue to achieve record growth and participation following a year that saw a lot of difficulty and uncertainty.

“Over the past year, we have seen incredible advancements in workplace diversity and inclusion despite turmoil we all experienced on a global scale. It’s incredibly encouraging to see workplaces in Australia continue to remain dedicated and stride towards greater inclusion of our LGBTQ communities,” Emsen-Hough said.

“As we continue to progress, it’s vital that efforts are acknowledged and celebrated, and that we continue to maintain and build upon our achievements.”

The AWEI saw a record 186 organisations across Australia participate this year, and an employee survey attached to the index received 44,915 responses, the highest it has ever received. In its inaugural survey, the HWEI saw over 700 responses from 24 organisations/service providers.

Emsen-Hough added: “Once again, we have record numbers of employers across all sectors participating in the indices. The employee survey that accompanied the AWEI, and for the first time, the HWEI, provides us with a great insight into workplace attitudes towards diversity and inclusion.

“Congratulations to all the award recipients announced today, including those the receiving Bronze, Silver, Gold and Platinum Employer status, as well as those that received organisational awards. I commend all of them on their significant achievements and for showing great leadership in LGBTQ inclusion.”

“These awards truly give us an insight into the amazing breadth of work being done by so many in making organisations across Australia more inclusive of LGBTQ people and communities.”