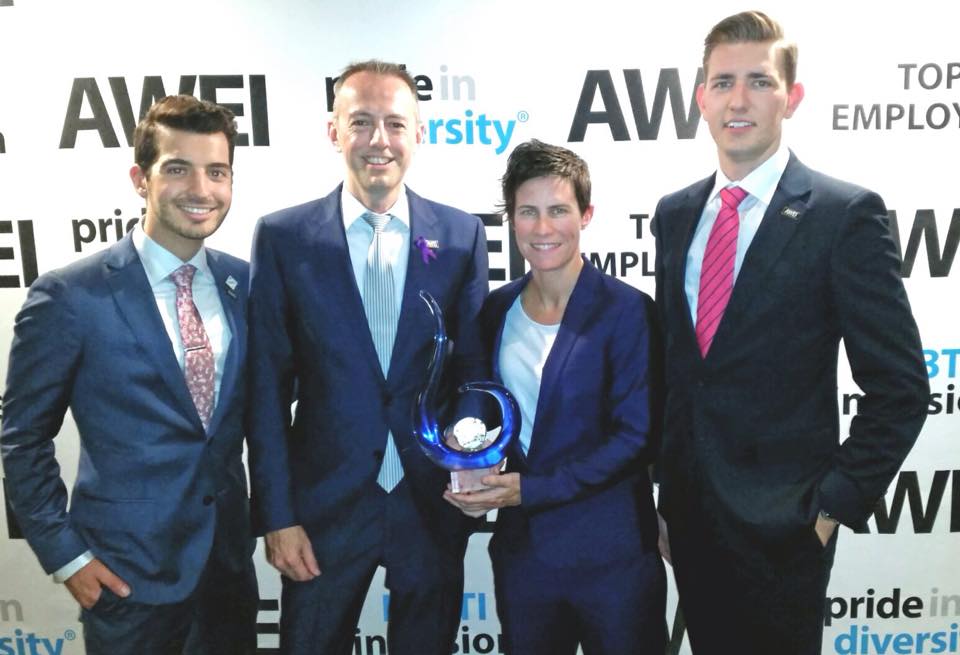 Pride in Diversity Director Dawn Hough says more organisations are engaging with the AWEI. “This is the fifth year of the AWEI. The number of employers participating has increased by 152% from Year 1 and we now have over 9000 employees participating in the employee survey.  The focus on LGBTI inclusion initiatives has increased substantially.  We are really looking at our Top 20 Employers now as examples of good practice.  There is very little difference point-wise between some of these employers, in some cases, as little as 1 point between leaderboard positions.”

Approximately 450 people attended the sold-out event at the Westin in Sydney on May 15, MC’d by Bob Downe.  Guests included Pride In Diversity patron the Hon. Michael Kirby, President of the Australian Human Rights Commission, Gillian Triggs, Human Rights Commissioner Tim Wilson and CEO’s and Leaders from some of Australia’s largest commercial and public sector organisations.  On the back of the announcement that Pride in Diversity will also be developing an index to address homophobia in sports, representatives from Bingham Cup, Football Federation Australia, Cricket Australia, Australian Sports Commission, Australian Rugby Union, National Rugby League and AFL were also present.