Home»Awards»Are Australian employees going back into the closet? 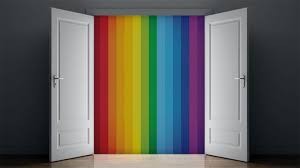 Are Australian employees going back into the closet?

This year, 33,572 employees from 170 organisations responded to the AWEI (Australian Workplace Equality Index) employee survey on LGBTQ workplace inclusion. Of those respondents, 5,413 identified as either being of diverse sexuality and/or gender. 5,276 of those respondents identified with a sexual orientation other than heterosexual.  This article discusses the extraordinary finding that suggests Australian employees are more likely to be in the closet and less likely to be completely out at work in 2020 than they were the year prior.

15.72% of these year’s 33,572 people responding to the AWEI survey identified as someone of diverse sexuality (n5,276).  Every year we analyse this data to look for trends in terms of experiences of workplace culture, productivity, inclusion and the freedom to be out at work.

For the last nine years, we have found some consistent trends in regard to LGBQ employees. Firstly, the data has consistently shown that those who are younger are least likely to be out at work and more likely to be out to none. The second piece of consistent data is that the higher the organisation’s score on the AWEI (national benchmarking instrument for LGBTQ workplace inclusion), the more likely their employees are to be out when compared to employees within organisations who are just starting LGBTQ initiatives or do not have high visibility of inclusion for people of diverse sexuality and/or gender.

As LGBTQ inclusion initiatives become more prominent in Australian workplaces, a greater number of employees have, year on year, felt more comfortable to be out at work; however this year our data shows a slightly different trend.

The first cut of the data this year shows that there is a 2% increase in the number of people who are more likely to be completely closeted at work and a 17.65% drop in those who are out to everyone at work. In contrast to previous years, these findings were out of sync in terms of projected impacts of inclusion; and were alarming to say the least.

To investigate further, we looked into the differences in language used between this years survey and last, isolated data where language did not differ between the years and further analysed particular demographic data such as age and gender in order to compare those figures to last year’s figures.

Our next investigation was to determine whether there were more employees from “gold” (higher scoring) organisations participating in the survey last year. Our data clearly shows that the higher the score on the AWEI, the more likely their employees are to be out at work, speaking to the visibility of LGBTQ inclusion and the support felt by the employees. As we did find more “gold” employees participating last year, we further extracted the percentage of completely out employees working for gold employers and compared these numbers across both years.

Once again, the data supports the finding that even within gold employers, people are less likely to be “out to all” and more likely to be completely closeted at work. In 2019 63.74% of gold respondents were completely out; this year only 43.91%. Last year 9.27% of gold employees were not at all all compared to 14.18% this year. For those organisations participating in the employee survey, it would be interesting to see if your own organisational data reflects this trend.

Another finding that could possibly impact the numbers of those who chose not to be out at work is an increase in the visibility of unwelcome jokes/innuendo and mild harassment targeted people of diverse sexual orientation (2.22% increase overall) and an increase in the visibility of targeted serious bullying/harassment (3.11% increase overall). The number of people who were themselves the target of more serious bullying/harassment as a direct result of their sexual orientation also increased by 3.02%.

On the positive side, those who are out to everyone at work enjoyed higher levels of productivity, engagement and greater positive mental health and wellbeing at work.

To read more about these finding and other topics of AWEI analysis, please visit: http://www.pid-awei.com.au/2020practicepoints/

Pride in Diversity annually publishes the key findings of the Australian Workplace Equality Index as part of the national benchmarking process for LGBTQ inclusion within Australian workplaces. This year 170 organisations participated in the survey with 33,572 employees responding. These reports focus on key findings within that survey. The benchmarking instrument and employee survey are published by the Pride in Diversity Program, ACON.

Data may be used with the reference AWEI(2020), Pride in Diversity, ACON, www.pid-awei.com.au